To share your memory on the wall of Theresa Rapacki, sign in using one of the following options:

Print
Theresa M. Rapacki, 88 of Palm Springs, FL, formerly of Suffield, CT, died peacefully on Thursday, August 27, 2020. She was the youngest daughter of the late Anastazy and Sabina (Bogdanski) Rapacki.


Theresa, most remembered as T... Read More
Theresa M. Rapacki, 88 of Palm Springs, FL, formerly of Suffield, CT, died peacefully on Thursday, August 27, 2020. She was the youngest daughter of the late Anastazy and Sabina (Bogdanski) Rapacki.


Theresa, most remembered as Terry, was born on July 29, 1932. She graduated from Suffield High School and attended Palm Beach State College in Lake Worth, FL. While living in Connecticut, she was employed by Kaman Aircraft, Transocean Air Lines (as a flight attendant) and Hamilton Standard. Her most memorable trips as a flight attendant were to Germany and nearby countries on a DC3. After moving to Florida, she was employed by Pratt & Whitney until retirement in 1987.


Terry loved to golf, travel and read. When she was no longer able to play golf, she volunteered at professional golf tournaments in the West Palm Beach area. Her favorite summer getaway was visiting her sister Marion and brother-in-law Ed in Sedgwick, ME.


Terry is survived by many nieces, nephews and grandnieces/nephews. As everyone’s favorite aunt, she always remembered their birthdays by sending a card. She was predeceased by her former husband Edward J. Haberern and infant son. Terry was also predeceased by her eight brothers & sisters and their spouses: Edward (Rose) Rapacki, Pauline (Joseph) Bonczek, Henry (Angela) Rapacki, Frank (Lorraine) Rapacki, John (Evelyn) Rapacki & Marion (Edward) Simmons. One of her siblings died shortly after childbirth and another on his third birthday.


A heartfelt thank you to Terry’s niece Kathy Rapacki who tended to her needs in her final years.


The Funeral Services will be on Saturday, September 5 at 10:00AM at Heritage Funeral Home 1240 Mountain Road, West Suffield, CT with burial to follow in St. Joseph’s Cemetery in Suffield, CT. Friends and family may call at the funeral home from 9:00-10:00am prior to the funeral service. To attend virtually please review Terry’s Book of Memory page at: www.SuffieldFuneralHome.com and find log-in and passcode to attend. In lieu of flowers, donations may be made in her memory to Shriner’s Children’s Hospital, 516 Carew St., Springfield, MA 01104.

To send flowers to the family or plant a tree in memory of Theresa M. "Terry" Rapacki, please visit our Heartfelt Sympathies Store.

Receive notifications about information and event scheduling for Theresa

We encourage you to share your most beloved memories of Theresa here, so that the family and other loved ones can always see it. You can upload cherished photographs, or share your favorite stories, and can even comment on those shared by others.

Posted Sep 03, 2020 at 05:06pm
Aunt Terry was there for all her nieces and nephews. I remember on my 12th birthday, she took me shopping and bought me my first new dress. Until then i always had hand me downs.
She will be missed, Cousin Terry.
Comment Share
Share via: 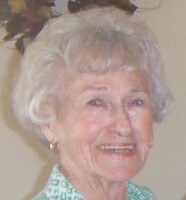