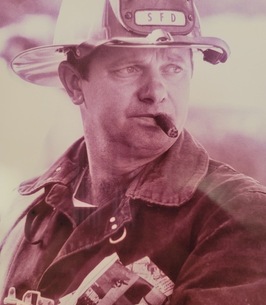 Robert Anthony Kulas, 84, of Suffield passed on October 10, 2021 after a battle with cancer. Born on July 23, 1937 son of the late Walter and Jenny (Majewski) Kulas of Windsor Locks.

Robert worked for Ferman Wilson in construction of the Dexter in Windsor Locks. In 1964 he joined the Suffield Fire Department working his way to Captain. He received Fireman of the Year; he was President of the Association and Carnival Chairman, and helped build the fire museum. He retired in 1999 after 30 years of full time service. He was known as “Captain Krunch”. He was co-owner of Kathy & Bob’s Restaurant, Spirit Shop and Catering. They spent 25 years at Lake Ontario during the summers. Bob and Kathy enjoyed fishing on “Kathy-K” spending time with family and friends. Around the campground Bob was affectionately known as the “Harbor Master”. They sold their place to catch up on their forever home. Bob was also Vice President of The Polish Home in Windsor Locks, past president and now honorary member of IAC. Bob also was dog warden in Suffield for 4 years.

He was an excellent cook, everybody loved his clam chowder he made for the annual fireman’s picnic.
Bob loved polka music and dancing Saturday nights at The Polish Home, and wherever a polka band was playing, and listening to it on the radio. He loved his Chevy Truck, NASCAR, Red Sox, watching old westerns, but he really loved his garden, especially his garlic he grew every year. He was very handy with a hammer, he could fix everything. He rebuilt his forever home, and enjoyed his new porch sitting outside whenever he could.

Special thanks to Dr. J Thumar at St. Francis Smilow Cancer Center; Adeline, Madeline from Athena HealthCare, his angels for helping with his care. Keeping him comfortable in his own home.

Funeral Services will be Saturday, October 16 at 9:00AM from the Heritage Funeral Home, 1240 Mountain Road, Suffield, with a Mass of Christian Burial in Sacred Heart Church, Suffield at 10AM. Burial will follow in St. Joseph Cemetery, Poquonock. Friends may call at the funeral home on Friday, October 15 from 4:00-7:00 PM.