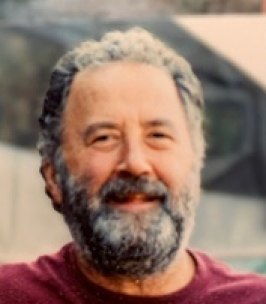 Joseph Melillo, 83, entered God’s kingdom on February 1, 2022, after a heroic battle with cancer. His final days were spent at home in Salisbury, Connecticut surrounded by his loving wife of 61 years, Suzanne Melillo, as well as family and friends.

At Joe’s request, no calling hours or funeral services will be held. A memorial service to celebrate Joe’s life with family and close friends will take place in the coming weeks. Information will be shared at a future date once details are finalized.

Joe was born on May 1, 1938, to Augustine and Julia Melillo in New Haven, Connecticut. After graduating from East Haven High School in 1956, he went on to earn his Bachelor’s Degree in mechanical engineering at the University of Connecticut, and subsequently his Master’s Degree through Rensselaer Polytechnic Institute. He spent his entire 33-year career as a mechanical engineering program manager at United Technologies.

As a devout Christian, Joe was a living example of Biblical love as described in 1 Corinthians 13:4-7. He was best known and remembered for his humble illustration of loving kindness to everyone he encountered -- the embodiment of an exemplary son, brother, husband, father, grandfather, great-grandfather and friend.

After retiring in 1993, he moved to New Hampshire with his wife, where they enjoyed 24 years before returning to Connecticut. Joe loved spending his days outdoors working in his woodshop creating beautiful craftsman quality furniture, hiking, fishing, and preparing fabulous meals for his family and friends, and feeding anyone who walked into his home. One of his most favorite things to do was spend summer vacations with his extended family in New Hampshire, and more recently at the beach, riding and tumbling in the ocean waves.

In lieu of flowers, donations may be made in Joe’s honor to: